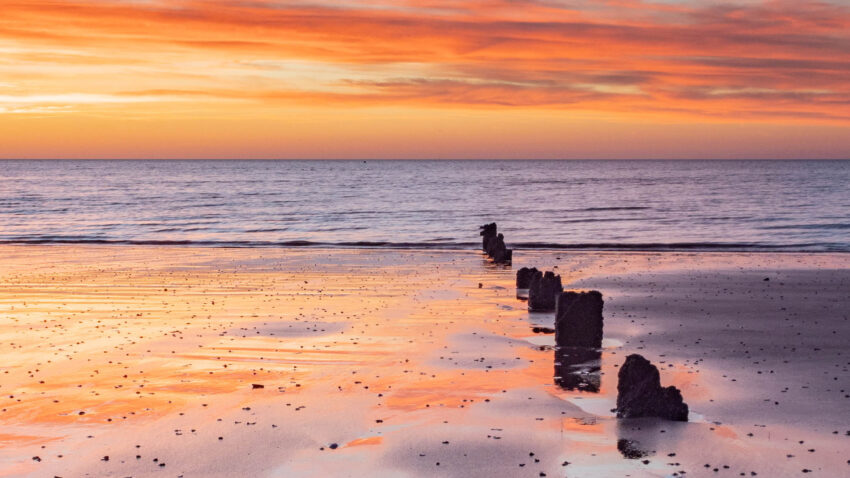 The aperture of a lens is a powerful tool that gives photographers control over various aspects of photography technique.

It is one of the three settings that affect camera exposure, and it’s also a powerful tool for adjusting depth of field, as well as other subtle effects such as the quality of out-of-focus blur and overall image quality.

The aperture, or lens opening, is the entrance pupil that controls the amount of light passing through the lens. It’s measured by “f/number,” which is the lens’ focal length divided by the effective diameter of the opening as seen at the sensor. The maximum aperture is where the entrance pupil is at its widest, letting in the most light, and the f/number is “high,” such as f/2. The minimum aperture, on the other hand, is the smallest hole left by the lens when fully stopped down, letting in the least amount of light and the f/number is “low,” such as f/16.

By understanding the aperture and its capabilities, photographers can manipulate the depth of field, the amount of light that enters the camera and the blur effect in the background. It’s an essential tool to master for photography, and it can help to achieve the desired effect in a scene. Additionally, aperture also affects the sharpness and bokeh of a photograph, which are important factors in creating visually pleasing images.

Aperture plays a crucial role in controlling the plasticity of an image, which refers to the transition from blur to sharpness. This is achieved by selecting an aperture that gives the desired depth of field, whether it be sharp throughout or with blur in the background or foreground. The aperture can also be adjusted in conjunction with other camera settings such as exposure time and sensitivity to achieve the desired effect.

Depth of field is an important aspect of photography as it helps to guide the viewer’s attention to the subject and create a sense of depth in the image. A wide aperture (low f-stop number) will produce a shallow depth of field, with a narrow area of the image in focus and the background and foreground out of focus, resulting in a bokeh effect. On the other hand, a narrow aperture (high f-stop number) will produce a deep depth of field, with a large area of the image in focus.

Additionally, aperture also affects the lens’s performance by controlling the amount of light that enters the camera. By choosing the aperture that is appropriate for the lens, photographers can ensure that the lens is working at its optimum. However, sometimes, photographers may choose to set the aperture to exploit the lens’s weakness deliberately to create a specific effect.

In summary, aperture plays a key role in controlling the plasticity of an image, it helps to create a sense of depth and guide the viewer’s attention to the subject and It also affects the overall sharpness and bokeh of the image. Understanding and mastering the aperture setting can help photographers to achieve the desired effect and take their photography to the next level.

Mastering depth of field is an essential aspect of photography, as it helps to create a sense of depth and guide the viewer’s attention to the subject. Depth of field refers to the volume of space in which objects appear acceptably sharp, it extends in front of and behind the zone of best focus, which is the sharpest area in the image. The transitions from sharpness to blur create the image’s plasticity and sense of depth.

Focusing further away from the subject also delivers greater depth of field, as does using shorter focal lengths. For strong effects, juxtaposing blur with sharpness can be used by using a long focal length or by framing the subject close to the camera and setting a large aperture. This technique is particularly handy for point-and-shoot cameras that tend to have excessive depth of field.

In summary, mastering depth of field is an essential aspect of photography that helps to create a sense of depth and guide the viewer’s attention to the subject. It is affected by aperture, lens’ focal length, and the photographer’s position. Understanding and mastering these factors can help photographers to achieve the desired effect and take their photography to the next level.

Mirroless & DSLR cameras offer a significant advantage in terms of aperture control, as they have inherited full-range controls from the days of film. These cameras measure their aperture settings in whole stops, which means that each change doubles or halves the amount of light on the sensor. Additionally, many cameras provide half-stop or even one-third-stop intervals, which gives users even more flexibility and precision in finessing exposure.

This level of control is particularly useful for photographers who shoot in challenging lighting conditions, where precise adjustments to aperture can make a significant difference in the final image. For example, in low light situations, a wider aperture (lower f-stop number) can be used to allow more light into the camera, while in bright light conditions, a narrower aperture (higher f-stop number) can be used to reduce the amount of light and prevent overexposure.

Additionally, many Mirrorless/DSLRs provide exposure override, which allows users to make adjustments to the aperture in half- or one-third-stop intervals. This feature provides an additional level of control and makes it easy to fine-tune the exposure to achieve the desired effect.

While point-and-shoot cameras may not offer the same level of aperture control as DSLRs, they still have the capability to produce high-quality images. Many point-and-shoot cameras only offer two aperture settings, the widest and the narrowest, but this limitation is not as severe as it may seem. At medium to long working distances, cameras with small sensors offer an extensive depth of field even at maximum aperture. This means that when a scene is shot at a medium to long distance, a wide aperture will produce a shallow depth of field and a narrow aperture will produce a deep depth of field.

Additionally, point-and-shoot cameras are designed to be user-friendly, making them an ideal choice for those who are new to photography or those who want to capture candid moments without the need for advanced settings. They also offer a wide range of automatic features such as auto-focus and auto-exposure that help to make photography more accessible.

Furthermore, some point-and-shoot cameras now offer manual control options, which can give users more flexibility and control over the camera settings. These cameras have a variety of modes, such as aperture priority, shutter priority, and manual mode, which allow users to adjust the aperture, shutter speed, and ISO to achieve the desired effect.

1 thought on “Mastering Aperture: Unlock the Secrets of Depth and Dimension in Photography”